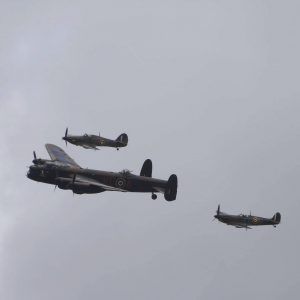 A few years ago I took the very deliberate decision to stop wearing a remembrance poppy, because I actually believe in remembrance.

Take a look around social media in the few days around November 11th and you’ll see an awful lot of messages simply thanking military personnel for their service.

That is only half the message of remembrance. Not only that but without the other half it’s a dangerous message because it’s easily corrupted.

We sleep-walked into the First World War. The warning signs were there years before. They were noticed, alarm bells were rung, governments were advised: “unless we change course,” they were told, “there will be war”. The warnings were ignored and there was the most terrible war the world had ever seen.

The economic and social devastation of the First World War pretty much guaranteed the subsequent rise of populism, particularly in the hardest hit countries. That does not however mean that the rise of the Nazi Party was inevitable. They could and should have been stopped.

Martin Niemöller’s seminal “First They Came” highlights just one thing – that it was within the power of ordinary people to stop it. However we stood aside and did nothing and by doing so damned a whole generation.

Tens of millions died in two catastrophic wars, both of which were entirely avoidable.

For me that has always been the meaning of the phrase “Lest we forget…” We must remember the senseless waste of two generations. We must never again sleep-walk, or let ourselves be led as lambs into another unnecessary war.

If you want that put in transparent, soul-piercing clarity Siegfried Sassoon was there:

Have you forgotten yet?…
For the world’s events have rumbled on since those gagged days,
Like traffic checked awhile at the crossing of city ways:
And the haunted gap in your mind has filled with thoughts that flow
Like clouds in the lit heavens of life; and you’re a man reprieved to go,
Taking your peaceful share of Time, with joy to spare.
But the past is just the same,—and War’s a bloody game….
Have you forgotten yet?…
Look down, and swear by the slain of the War that you’ll never forget.

Do you remember the dark months you held the sector at Mametz,—
The nights you watched and wired and dug and piled sandbags on parapets?
Do you remember the rats; and the stench
Of corpses rotting in front of the front-line trench,—
And dawn coming, dirty-white, and chill with a hopeless rain?
Do you ever stop and ask, “Is it all going to happen again?”

Do you remember that hour of din before the attack,—
And the anger, the blind compassion that seized and shook you then
As you peered at the doomed and haggard faces of your men?
Do you remember the stretcher-cases lurching back
With dying eyes and lolling heads,—those ashen-grey
Masks of the lads who once were keen and kind and gay?

Have you forgotten yet?…
Look up, and swear by the green of the Spring that you’ll never forget.

Make no mistake, I am not a pacifist. There are times where war is the only practical solution. And of course I support The Royal British Legion and Help For Heroes, of course I have enormous respect for those who are prepared to lay down their lives to defend the free way of life.

There is a very important distinction however between the individuals who serve and those who would lead us into war. The latter, we must reflect, is substantially our fault: in a democracy we are the ones that set the agenda.

In remembrance it is therefore not sufficient simply to thank those who have given military service. We must take time to reflect on why their service – and in many cases sacrifice – was needed. We must reflect on our failure as the people of the United Kingdom, the people of Europe, to prevent two devastating wars and numerous conflicts since.

Moreover those who do not learn from history are doomed to repeat it. We can see, very clearly, where the mistakes that led to each war, each conflict were made. It is imperative that we learn those lessons.

Currently some of The Poppy’s most ardent supporters are far right groups. Far from being reflective and contemplative on the horrors of war, these groups delight in militaristic imagery and seek to glorify military conflict.

Economic stagnation breeds populism. Austerity breeds populism. Populism inevitably veers either toward communism or fascism. These are delicate times and we, those of us who are sufficiently well informed to understand this, have a duty to try to steer our countries away from those extremes.

This is why I don’t wear a poppy: because I believe that it is not an effective means of communicating how I feel about remembrance. Because most people just pin the badge on because they think they ought to without really understanding it. Because that lack of understanding is easily corrupted into support for very people that Remembrance was designed to condemn. Because I’m scared that as the generation that fought the Second World war dies out, the memory how of terrible, how devastating it was and why we must never allow history to repeat itself will die too.

Because I’m scared that we will wear The Poppy and tell ourselves that we have not forgotten when in truth we have.